Few years ago I found myself looking for a firewall. I’ve looked at various options from various security companies, but couldn’t find what I was looking for – the firewalls at the time were either too expensive or lacked some of the features I required. As I kept thinking about this, I decided I’m not buying one and so, in 2014, I ended up building a custom WAF..

What is a WAF?

There are a few types of Web Application Firewalls. A WAF can be: 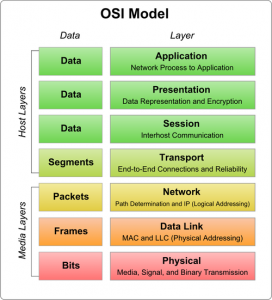 While a WAF can be an extremely effective second layer of defense, for some reason I always felt that for me it just wasn’t enough. At first I thought that when I finish building it, I would be extremely happy and proud of what I have accomplished, however, this wasn’t the case; ever since I built the firewall in late 2014, I always needed something on top of it. Something that the firewall could work in conjunction with. After almost two years of searching around, I couldn’t find anything that could supplement it. Eventually, I just decided to let it go and use the firewall as-is hoping that some day I would find something worth implementing into it and in 2017, I stumbled upon HTTP security headers..

HTTP security headers increase the security of a web application. One of them (X-Frame-Options) helps you avoid clickjacking attacks, other headers stops pages from loading when they detect reflected XSS attacks (X-XSS-Protection), they can tell a browser that your website should only be accessed using HTTPS instead of HTTP (and you really should be using HTTPS instead of HTTP..) and so on – that makes them a must-have for any web application.

I initially thought that I could set HTTP Security Headers up via PHP and include the file into WordPress, but after some time I changed my mind when I found a plugin called “HTTP Headers for WordPress” and started using it – the plugin has more than 30 headers available for everyone to use on their blog and it also allows you to set up a Content Security Policy!

This can be done by whitelisting the domains that a browser is allowed to load scripts from – if a script is loaded from a website that isn’t in the whitelist, it gets blocked. It’s that simple. When using a CSP, you can even disallow script execution globally. Let me show you an example:

It is important to note that “script-src” is not the only CSP directive that can be set. You can define which styles can be loaded from which resource by using “style-src”, “img-src” can be used for defining valid image sources and so on.